respiratory system is the system responsible for the breathing process in the body.

through which the cells of the body are supplied with the oxygen needed to carry out their various tasks, and they get rid of carbon dioxide.

Respiratory diseases are among the most prevalent diseases in the world, and the occurrence of these diseases is due to

One of the most important causes that lead to infection with respiratory diseases is the spread of viruses and their transmission from a sick person to a healthy person.  As a result of being indoors and not being well ventilated.

Respiratory diseases affect all parts of the system, including the nose and sinuses, the throat and larynx, the trachea, the bronchi and the lungs.  So now we are dealing with some of the respiratory diseases.

Symptoms associated with a cold :

How to prevent the common cold : 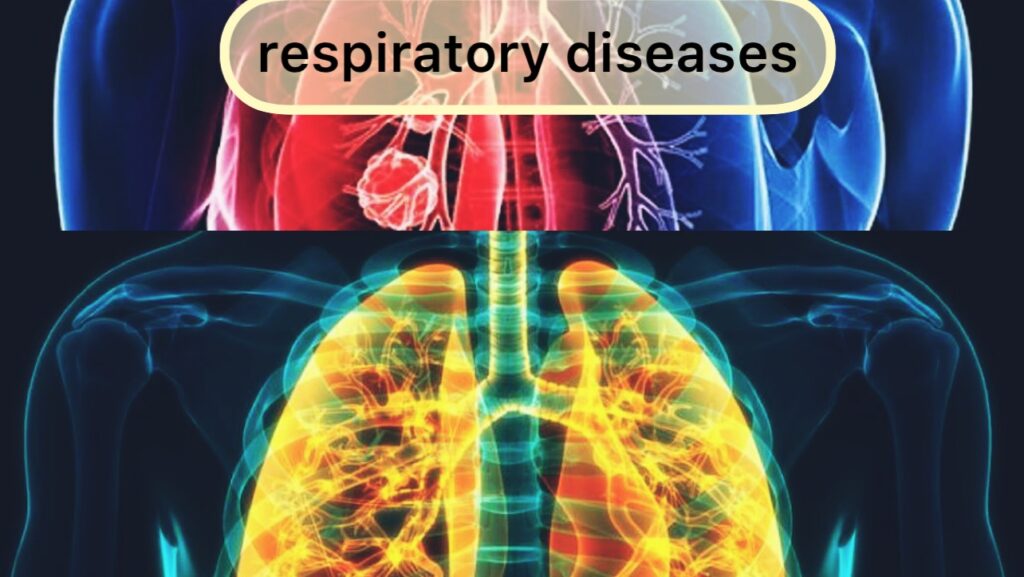 “A sudden cough that does not go away, and coughs up blood even in a small amount. Shortness of breath, chest pain, hoarseness, weight loss, and bone pain. “

Pleuritis occurs when the membrane surrounding the lung is inflamed.

” Chest pain that worsens when breathing, coughing or sneezing, shortness of breath, in some cases it may be accompanied by a fever.”

2 thoughts on “Respiratory diseases, their symptoms and treatment”