Chronic obstructive pulmonary disease, also known as COPD, is a chronic, progressive disease that limits the flow of air through the lungs.

Let’s start by looking at the pathogenesis of chronic bronchitis :

Considering the changes that occur in emphysema 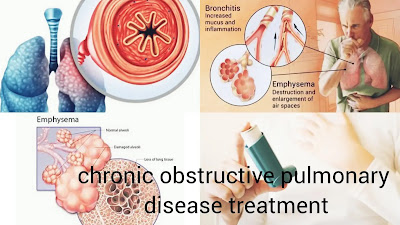